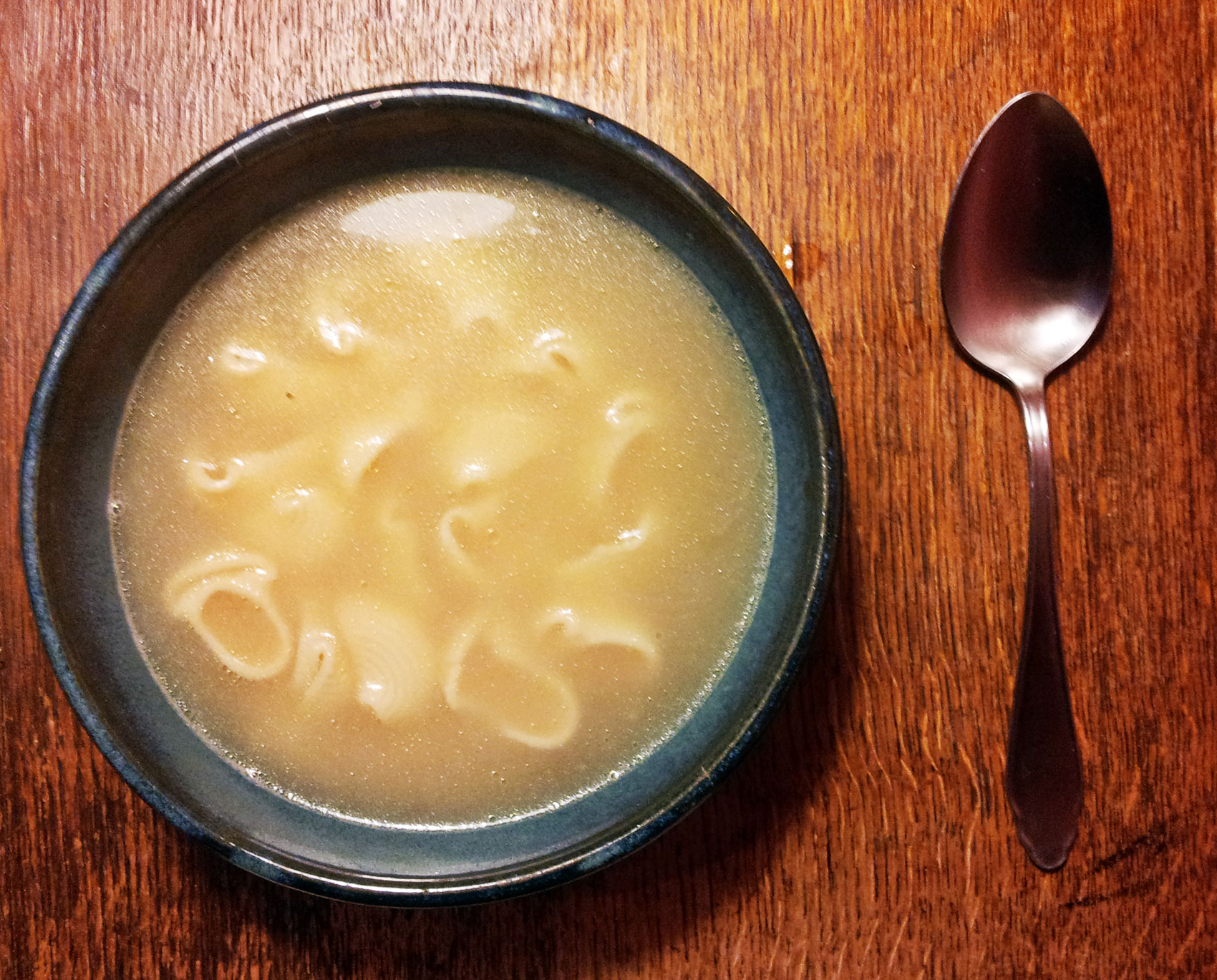 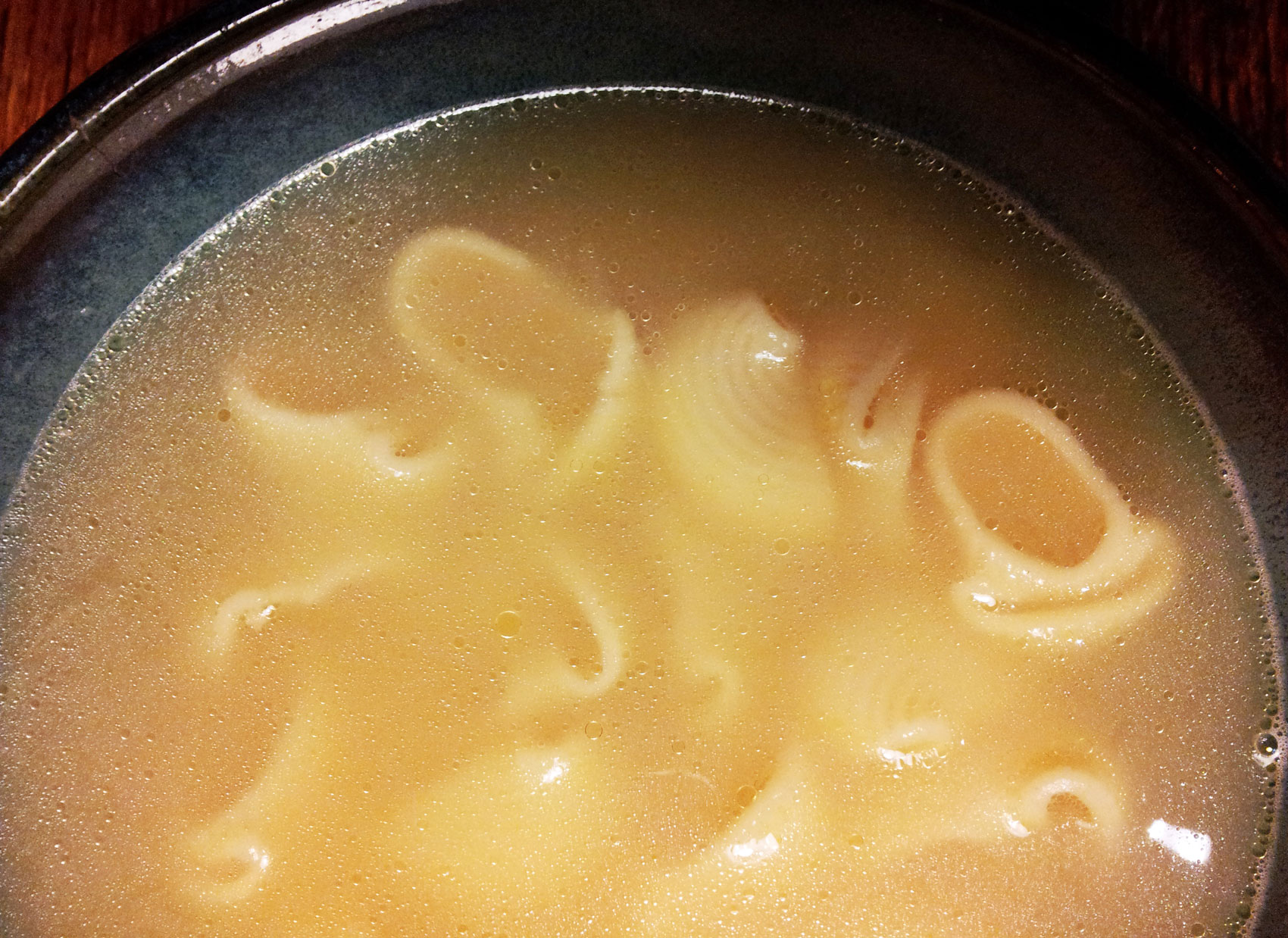 This is a very traditional Catalan (and Spanish, with lots of diferent versions) soup / broth. It is very heart-warming, feels healthy and both the broth and the ingredients can be used for further cooking (see Chicken Croquettes).

In a large cooking pot place some extra virgin olive oil (not much, just a little). Add a full chicken in quarters skin down (or less if you want to do less broth). You can also use a chicken crown or just the bones… You can also add a piece of bacon, some beef bones (either a bone from a serrano ham!!!). This dish is about being creative and try different versions till you have your favourite way of cooking it!

Roughly peel and chop a large onion and add it with the oil and chicken (salt and peper the chicken) + some unpeeled cloves of garlic.

While the chicken skin is getting ‘golden’, perpare aside the following vegs:

– One or two leeks

– Half a small cabbage / cauliflower / similar…

So, Add boiling water to the meat on the pot, let it boil and remove the small ‘dirty’ foam that creates. Then add all the vegetables, cover all with hot watre and let it boil slaowly low gas for a couple of hours (or more).

Let it cool down. Sieve the broth from the meat and vegs in a different pot.

You can use any of the vegs to be added later into the soup, or just eat them.

I usually reserve the meat, carrots and  potatos to do the base of the Croquettes or / and Canelons.

This should produce a large amount of broth. I usually slpit it in two or three containers and freeze the ones Im not using. A good idea is to freeze smaller amoutns for further cooking.

In Catalonia, we usually serve the broth with pasta, the Christmas tradicional is the one in the photo; with ‘pasta de galets’.